Wilfried Hendriks may not be a designer, but with his business, 108 Agency, he plays a starring role in promoting design. Representing, amongst others, top brands in outdoor design such as the German Dedon, the Belgian pottery brand Domani, the American Summit Furniture, but also multiple Scandinavian high-end labels such as the Swedish Asplund, the Finnish Nikari and the Norwegian Fjordfiesta. And all this from Lommel in Limburg.

“I happened upon design quite by chance. I studied garden and landscape architecture, which is still where my passion lies. But after my studies, I moved around quite often, so it wasn’t interesting to develop my own business.”

“Looking for the perfect garden furniture for some clients, I stumbled upon a Dutch importer of classic, teak furniture. The moment I laid eyes on this beautiful and durable furniture, it was love at first sight. That spark did not go unnoticed by the importer, so shortly after that he asked me whether I would be interested in introducing the furniture to the Belgian market. This was back in the eighties.”

“These were times of crisis, yes, but I hadn’t left home without my share of commercial skills. The rest, I learned from the importer. I’m always up for a challenge. Later, I had the opportunity to take over his entire company, so I broadened my horizons to include the Netherlands and Luxembourg. Add a spouse who had to move to Limburg for her job, and we landed back in Lommel. Which is my place of birth, by the way.”

Did the ‘desert sands’ of Lommel offer fertile ground back then?

“It wasn’t a bad solution, in any case, because from here you can quickly get to the entire Benelux region, more easily than from any other place in Belgium. In addition to teak wood furniture, I also included a number of Scandinavian brands in our portfolio. These were also to my liking: as a garden architect, I intuitively knew what to do with beautiful products.”

You also worked with Dedon, an innovative player in the field of outdoor design. In those days?

“That’s right. I discovered this German brand, which was founded by the Belgian-Austrian former goalkeeper Robert ‘Bobby’ Dekeyser at a fair in Cologne. It was so different to the things you found here. The Southern, exotic style of the label is not quite something you would associate with our region. Moreover, it wasn’t wood, but hand-woven plastic that was resistant to all weather conditions. Today, woven furniture can be found all over, but back then, it was highly innovative. When it comes down to quality, it is still the best furniture I know. Once more, I opted for the adventure. To introduce the brand, as I had done with the teak furniture before that, to the Benelux region. A very smart move, in retrospect, because teak wood became less popular in the years that followed, while Dedon reached the heights. It went so well that Dedon asked me to work for them exclusively. For a while, we really hit it off, but after a top year in 2008, a new economic crisis followed …” 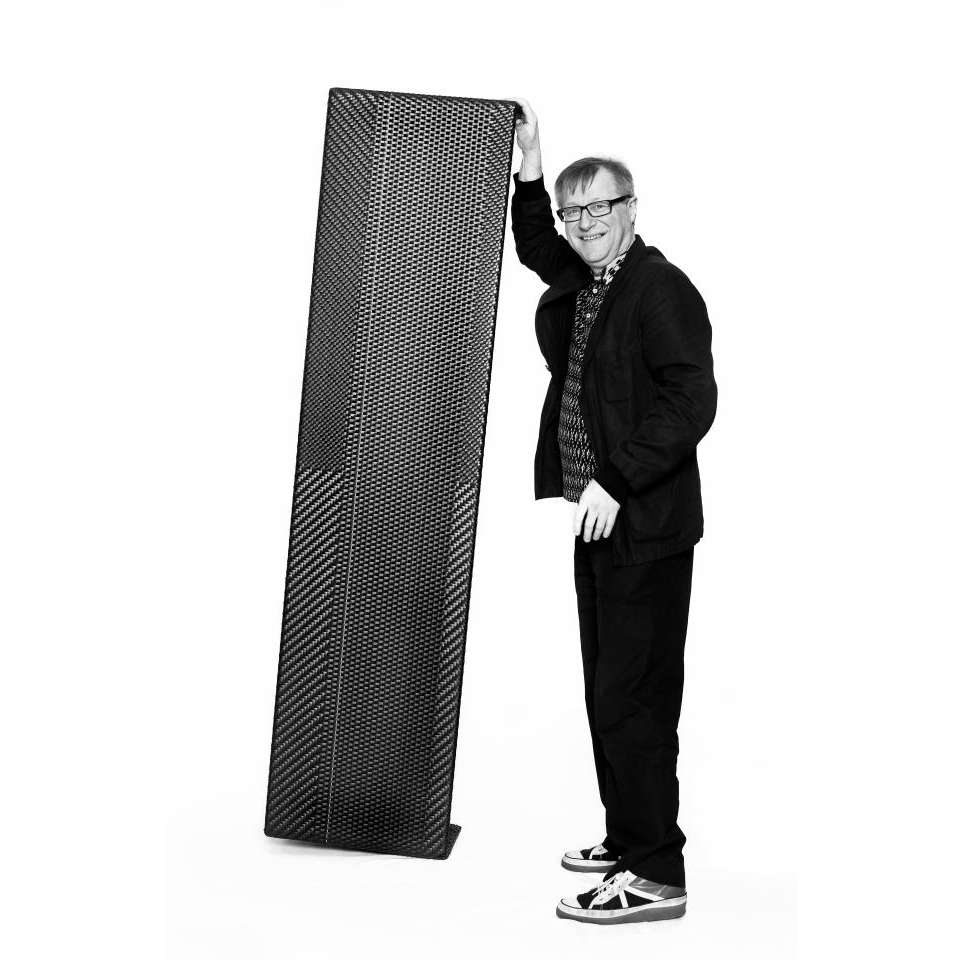 What did this entail for you?

“The crisis had a substantial impact on the company. So I went back to being just an agent for Dedon again, without the exclusivity. Even though I knew that starting all over again in the middle of a crisis would be no walk in the park, I still decided to launch my own business: 108 Agency. For a while, I ran the agency together my son-in-law, but since this year, it’s just me at the helm again.”

“Yet another challenge, but the same as before, that did not hold me back. You know, you can either take over an existing agency, or start one yourself. The first option may be easier, but the latter is so much more exciting. You have to map out your own route. That is what I have always done. And is it not so, that the journey itself is more important than the destination?” (laughs)

The world is not the same as it was, is it?

“The landscape I work in these days is very different than it was in the early days. In many different fields, everything is constantly in motion: ecologically, online, socially … And in that landscape, I can deliver top brands to retailers who do not have it easy yet are bravely finding their way. I believe very strongly in my mission. Beautiful objects will always find their way to new owners.”

And how do they find their way from Limburg to the rest of the world?

“Especially by allowing designers to explore the world and fully supporting them in this. Thus, they can expand their networks and attract the attention of other distributers. For example, by participating in international fairs such as the Salone del Mobile in Milan. I discovered the brands I distribute today at similar fairs too. The first contacts were made there.”

What do the brands you distribute with Agency 108 have in common?

“That would undoubtedly be their craftsmanship. I was raised in a horticultural business, where I not only acquired my love for gardens, but also for craftsmanship. I have always looked upon people who made things, did things with their hands, with utmost admiration. From the weavers of Dedon in the Philippines to the small Scandinavian family businesses such as Asplund who draw their strength from craftsmanship and durability.”

“I also love the stories behind the designs. Moreover, for the manufacturers I work with, it is a nice bonus that they have one point of contact for the entire Benelux region. Closer to home, I am fascinated by what people like Michaël Verheyden, Piet Stockmans and Roel Vandebeek do, and keep doing. Not forgetting Raf Simons, who’s in a class of his own.”

And have you abandoned garden and landscaping architecture entirely?

“No, not at all. From time to time you can still find me at my design table. Together with interior architect Steven Stals, I have even designed some garden furniture. One of my designs is also called 108. The result of a wild plan we once devised over a glass of wine. It is a passion, but not really a new step in my career … That’s already challenging enough.”